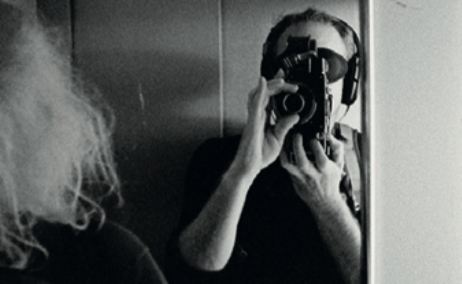 Huw Wahl is an artist filmmaker born in London in 1985. His award winning work has been screened internationally, featured in magazines Sight and Sound and The Wire, and received funding from organisations such as The Henry Moore Foundation, ACE, and the RPS. His film Everything Lives: looking at the artist as father (2016) screened at Open City Docs and was selected for the Future Shorts summer programme. Action Space (2016) won Prix Filaf d'Argent at FILAF film festival and the inflatable made as part of the film travelled to various places for screening and filming events, such as Flatpack Film Festival and Chelsea School of Arts in London. His first film To Hell With Culture (2014), about the poet, writer and anarchist Sir Herbert Read premiered at the ICA and numerous film festivals such as DOKU.ARTS in Berlin. He has also written in academic journals, magazines, given papers at conferences, and taught short film and photography courses in university and community settings.

Huw Wahl's new documentary [Action Space] is a meditative, visually rich portrait of this band of dreamers (...) It conjures up the possibility of a national canon of inflatable culture.
Sukhdev Sandhu, (Sight and Sound magazine, September 2016) 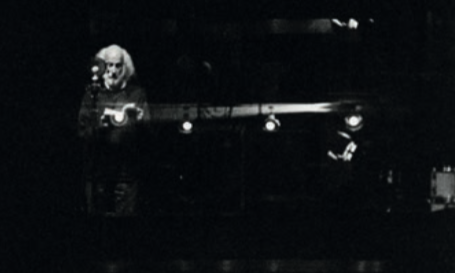 Stephen Watts is a poet and translator. He feels poetry as energy and breath, as body and spirit. Recent books of his own include Ancient Sunlight (Enitharmon 2014) & Republic Of Dogs / Republic Of Birds (Test Centre 2017). Prototype plan to publish his Collected Poems starting in 2022. Among recent co-translations are Adnan al-Sayegh's Pages From The Diary Of An Exile (Arc Publications 2016) & Golan Haji's A Tree Whose Name I Don't Know (A Midsummer Night's Press 2017). Lemon Sun by Ziba Karbassi is forthcoming in 2020. His mother's family are from the Italian Alps (his grandfather was a shepherd: poets are shepherds of words!) & he himself quit university and went to look after sheep on North Uist where he began to write poetry. Since 1977 he has lived mostly in Whitechapel, working as a poet in schools, hospitals & drop-in centres and in situations of shared language & health & well-being. He researches international poetries.

'I am moved and fascinated by Stephen Watts's poetry in ways I find hard to explain and extraordinarily powerful to experience. He is among the most fine and subtle writers I know on the relations of landscape and mind.'
Robert MacFarlane


'Such free play of voice against finely calibrated shifts of light and atmosphere is intoxicating. Stephen Watts shapes a prose of rare integrity and grace. There is no estranged otherness, no prussic scorn even for the despoilers and exploiters of place. The poet's generosity catches us off-balance, as we sift the local tideline and the deep time-line of the islands, acknowledging hermits and passerines.'
Iain Sinclair